This short walk may be mostly on road and only a relatively short distance, but it is nonetheless spectacular in its simplicity, its peacefulness and breathtaking distant views in all directions, not forgetting the sea breeze that might sweep away any lingering cobweb at any moment. The bonus is the start and end point at Castletown, with its fine buildings, windy streets, castle and teahouses.

I was meeting some friends who had had an apartment in the Brambles at Port Erin when I was living there. They had moved to Anglesey and they were unexpectedly visiting the island for the Grand Prix, so we arranged to meet at No.19 for lunch.

For me, this meant I could get the bus to Castletown and then walk along the various beaches and shore lines with their different ambiences and if time walk the perimeter of the Langness peninsular. Today, this was unlikely as I had to get back to teach dancing but one can but dream…

I had thought of visiting the Castle first but decided I wanted to visit Fort Island and there wasn’t time for both, so I grabbed a takeaway coffee and walked round some of the quaint streets that comprise Castletown before visiting the loos on the bridge (worth knowing where they are, as there aren’t many that are open every day in Castletown). The loos in the Town Hall are closed at weekends.  I walked down past the Peggy Museum onto the coast road. I sat on some steps overlooking the bay and watched the tide whilst I drank my coffee, then resumed my journey stopping briefly at Hango Hill opposite the King William’s College and continuing on to Derbyhaven. 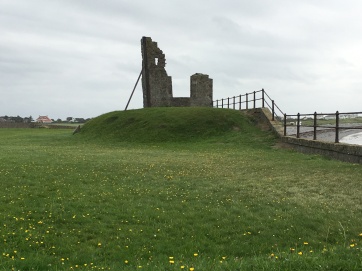 Here, rather than taking the road I continued on a very very short distance to the bay and walked along the beach. The tide was coming in and this is always the best time to see Derbyhaven. From there it is only a stone’s throw, say half a mile, around the Bay to the Golf Links and No 19, but I wanted to continue along the coast path as I still had an hour to spare.

And what a great hour I had, messing about on Fort Island. I haven’t been here for years. You walk across the causeway, which now prevents the island from being separated from the mainland.

It is quite a nature reserve here, and the sea so very clear and clean, and having rocky outcrops as opposed to the rest of Deebyhaven bay which is sand and pebbles, I could scramble about the rocks and have fun.  There is the old chapel and of course, the Fort, but most of all the views are simply terrific and you can really open your eyes and let your long distance vision take over. My thoughts were that my grandchildren, Emily and Joe would enjoy it here, so I must bring them when they come over next. 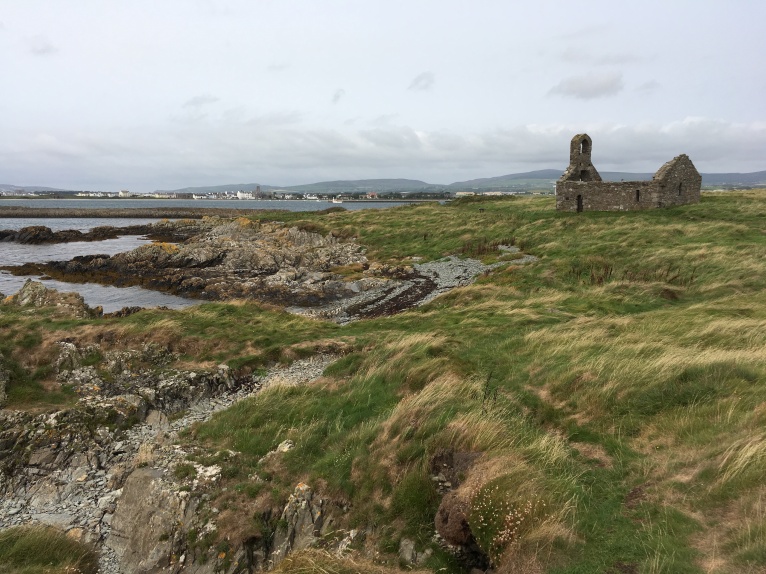 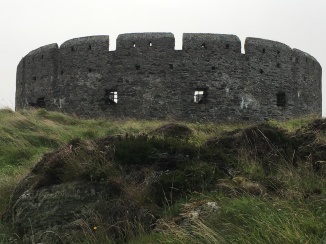 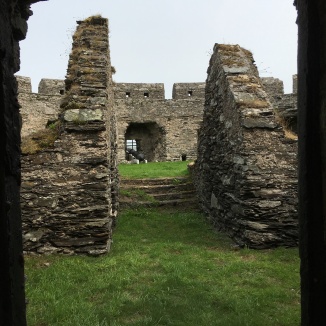 And that was yesterday’s walk as I had to return via almost the same route, except in Castletown I walked through the Bowling Green, where there were bowlers and spectators alike enjoying the sunshine. There is an excellent cafe here, where you can sit inside or out, and appreciate not just the bowling but beautiful landscaped flowerbeds. I also wanted to walk along the Crofts with its stunning houses. I reached Castle Rushen school and waited patiently for the bus, which was running late due to the Grand Prix, and got home just in time to spend the next three hours teaching ballroom dancing.

Although I walked this route, you can take the car all the way to the Golf Links and even on to Fort Island, so this is suitable for a wide range of ages and abilities. You could start your walk where I ended and walk round a variety of paths on Langness, but I will save that for another day. 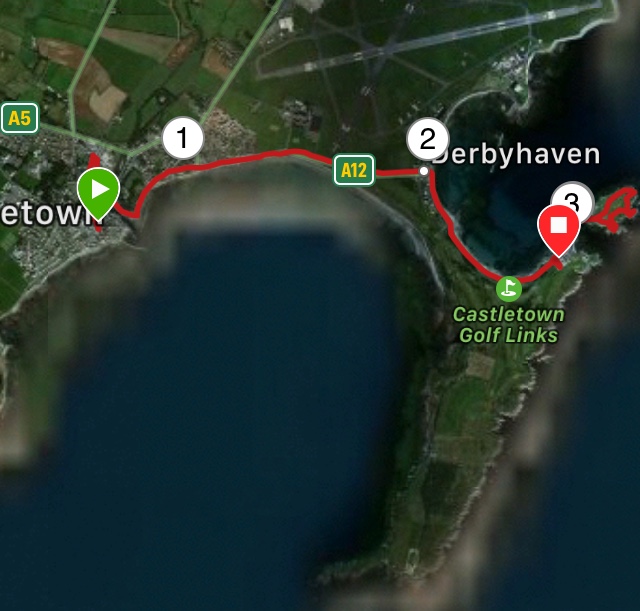