Chris Packham’s (@ChrisGPackham) talk on Wednesday evening about ‘connectivity’ was very thought-provoking; he told his story through photographs, simultaneously giving tips on how to take more interesting snaps, showing how just one speck of the wrong colour or a bird falling asleep at the wrong time can destroy a photograph (in his opinion); I now know about bokeh and how to achieve out of focus effects by using sunlight, drops of dew, reflections, or creating artificial backgrounds, though if you don’t mind I won’t follow his example and go and sit in an old-fashioned sewage plant in Gambia or lie up to my arms in sxxx!. Never one for boringness, he encouraged us to be amateur photographers and look for the unusual in the usual, an idea I have taken to heart. I only have a small camera but let’s see what I can do.

He told a story of deforestation and its effects on society through the eyes of a child who became an adult, whose former life of oneness with the environment was forever taken away by the profiteering lure of palm oil. He explained how we are all connected to one another, whether we like it or not and however distant /remote /alien some lives are to ours, telling us that we are all reliant not just on one another but on each and every uninteresting bug and beetle that we share out planet with, not just those animals glamourised for advertising purposes. He encouraged everyone to speak up to protect our world, so that one voice becomes an audible and persistent din in government heads all over the world.

I was inspired, and I was expecting this next blog to be entitled “A Walk Around My Garden”, finding out what really exists under the soil and within that curling leaf or flower head. Instead, I took a walk yesterday afternoon to Ballachurry Nature Reserve to try and take some shots of nature from a different angle. As usual, I was bitten by various little friends who like my blood (what’s new?) but it did make me think what is the essence of this particular nature reserve and could I appreciate it in a different way.  I continued then up to Mount Gawne nursery and on to Croit Y Caley, where there is a sign saying to take care as ‘cats cross the road’. I strode toward Kentraugh House in order to visit the other nature reserve which was heavily overgrown – I could barely get in there –  and continue my quest of taking more absorbing photographs.  Content with my stack of photos, I walked towards Shore Road, and I could hear wasps or bees in the Kentraugh estate but however much I jumped up and down I could not see over the wall. Reaching the coast road, I enjoyed a happy moment or two watching the rabbits on the low cliff and as I descended to the Shore Hotel, I spent even more happy moments watching a black headed gull hovering over the edge of the waves and dipping suddenly and sporadically to get a small fish that had been driven in by the tide. It did this several times, moving along the coast in regular fashion, virtually following alongside me. I then walked round to Port St Mary and back to Four Roads, hoping that the threatening rain would stay away until I reached home. I went across the fields back to Port Erin, a total distance of 7 miles.

I have attached a few of the photos, trying to pick out some of the most interesting for you to enjoy. Some are ordinary and some are my attempt at the less ordinary, with a limited degree of success – but we all have to start somewhere. Some are out of focus, but I like these as much as the in-focus ones! 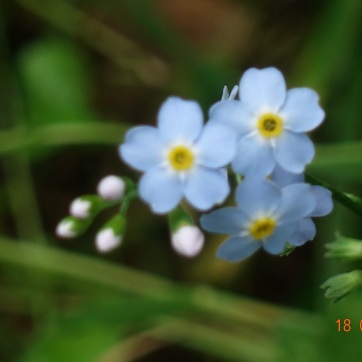 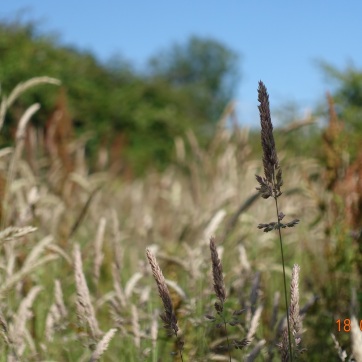 I hope the next blog will be a good, long walk. I have in mind to walk from Port Erin to Peel over the coastal footpath, a distance of about 14 miles with a lot of ascent and descent. This will take a bit of planning but look out for this one – it will be good!!

One thought on “A Walk Looking for the Unusual in the Usual – Ballachurry July 18, 2019”