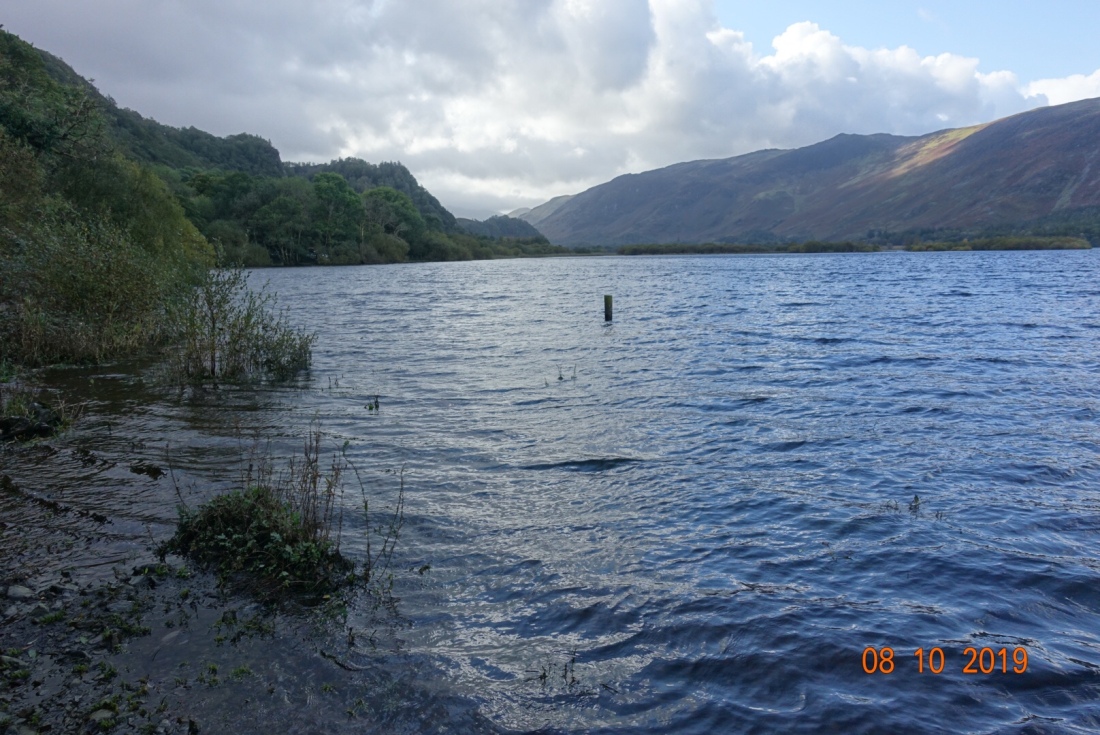 This was the first walking day of my HF holiday at Keswick. I had opted to walk on my own today, still feeling rough after my flu jab on Thursday and surviving on little sleep for several days. The HF house is situated at Portinscale in the edge of the lake.

I started out at 9.30am and followed the forest tracks on the westerly side of the Lake, avoiding Nichol End. I reached the grounds of Lingholm and as it advertised a cafe my curiosity got the better of me. However, after going down various dead end footpaths albeit enjoying views of its associated mansion and cottages I had to retrace most of my steps to regain the official footpath, where I encountered alpacas in a field, two of which were chasing each other around the field at full speed, watched in amazement by all the other alpacas. 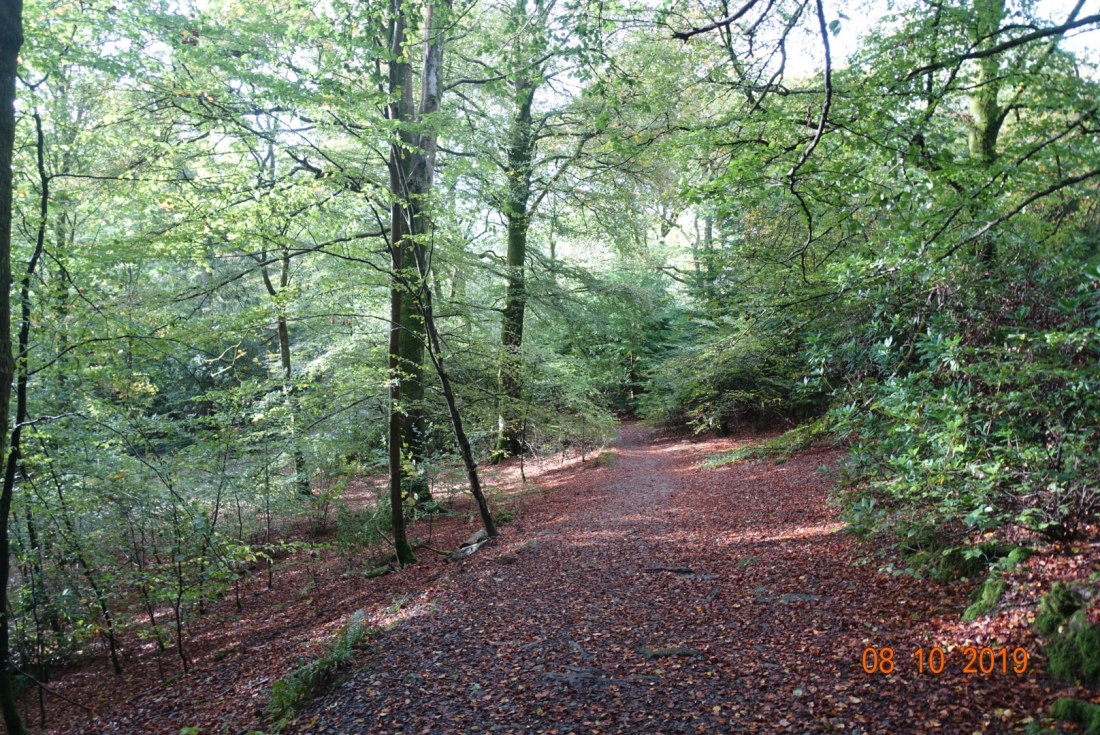 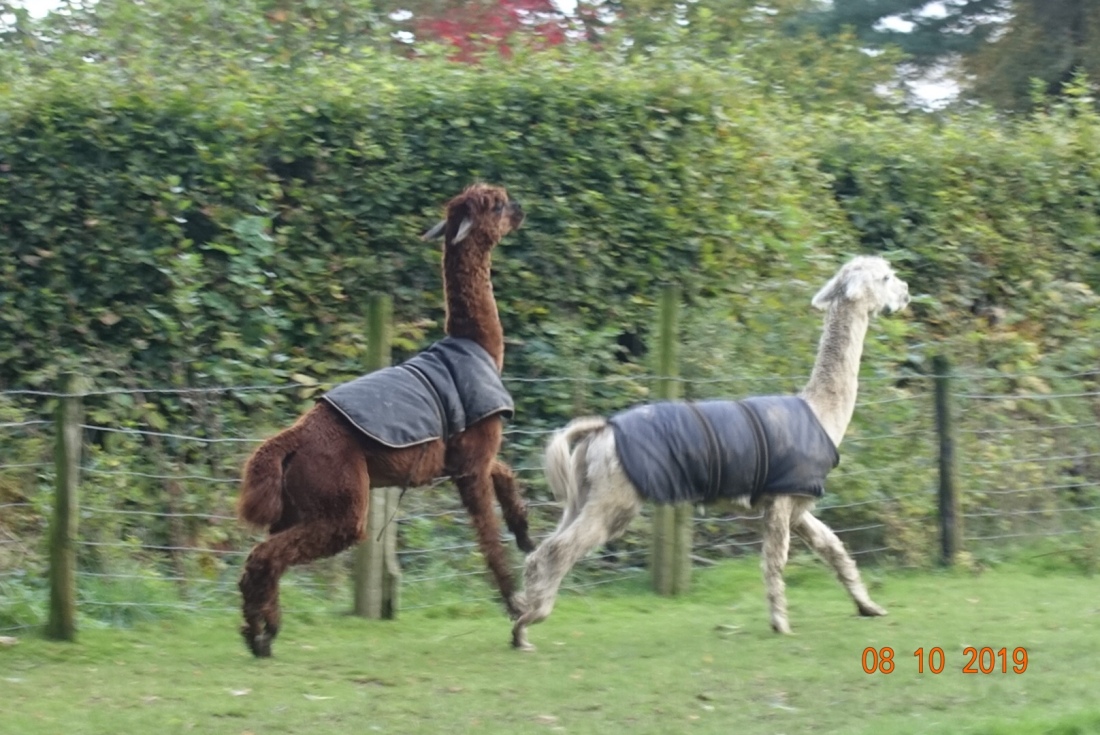 As I reached an area called the Park, I had first sight of Crag Hill and Causey Pike. I was minded of a former holiday I had when my eldest son, now in his forties, was a teenager and brought his bike up to the Lakes, cycling down Causey Pike.

I reached the junction where one can climb up Cat Bells, follow the terrace route, or take the lake path. As this was intended to be a gentle walk I ventured for the lake path. 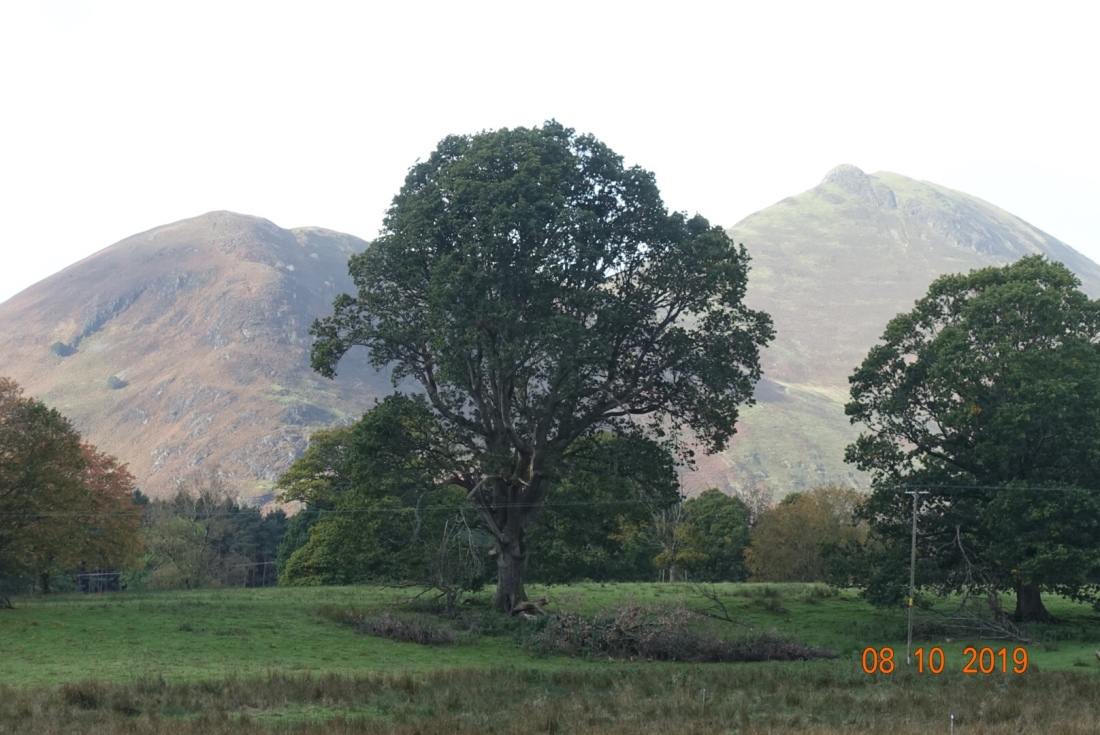 As I entered Brandlehow Park I obtained my first glimpse of the lake through the trees. All around the lake the little beaches are called ‘bays’, with Great Bay being the most southerly of them all. All the bays provided wonderful views in all directions. Here is a selection of the best: 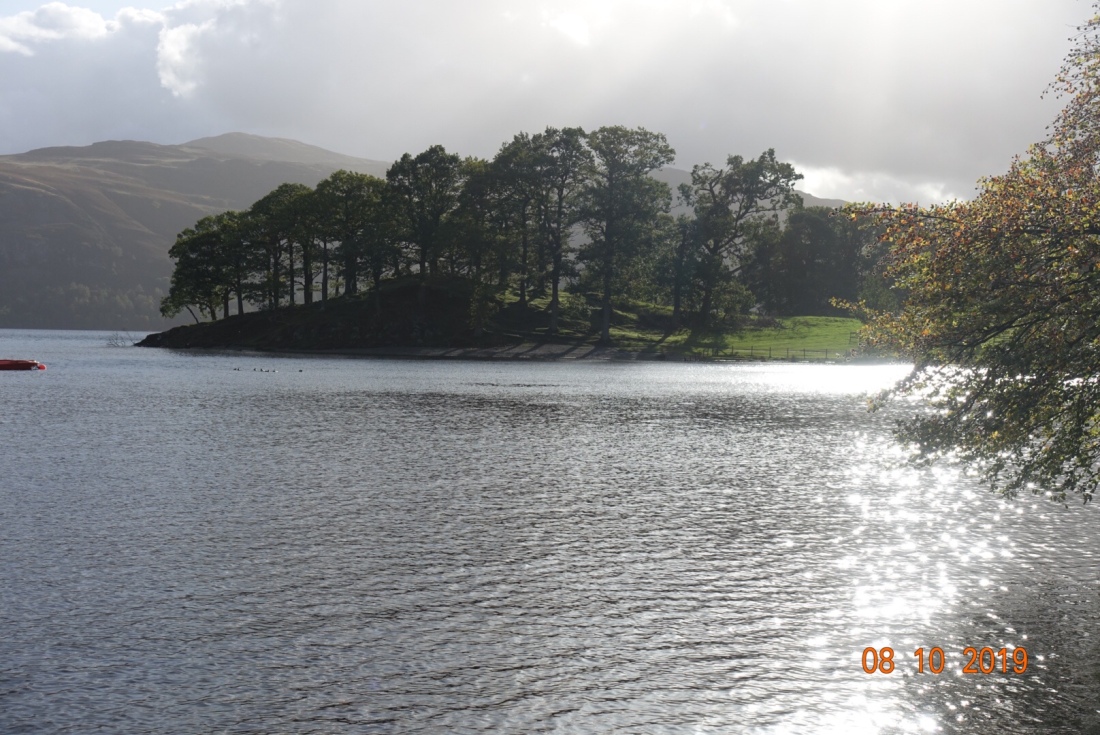 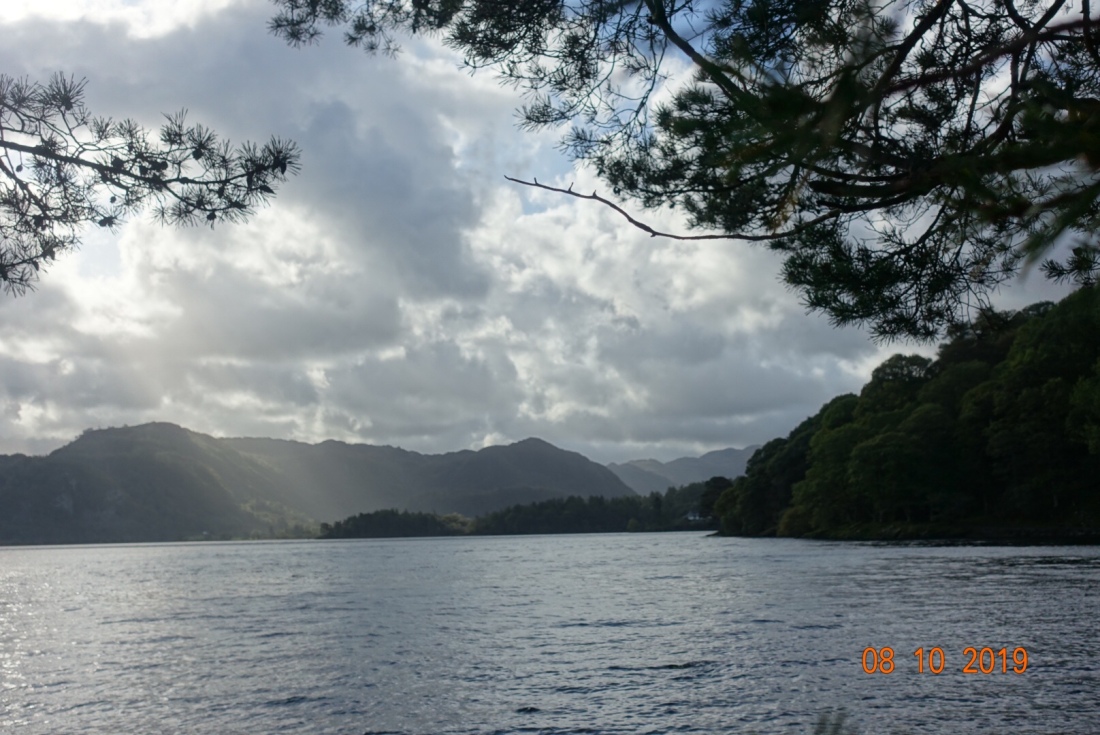 At this point there is an option of footpaths, either to follow the Cumbria Way to Grange, or walk across the boarded marshland to cross to the other side of the lake at Lodore. If walking around the lake there is little to commend the former route. The marshland at this southern edge appears to have grown since I was here 16 years ago. A local told me that there is a New Zealand weed taking over around Great Bay. As I crossed the bridge, some geese were fording the river downstream and a rainbow offered treasure in Keswick. 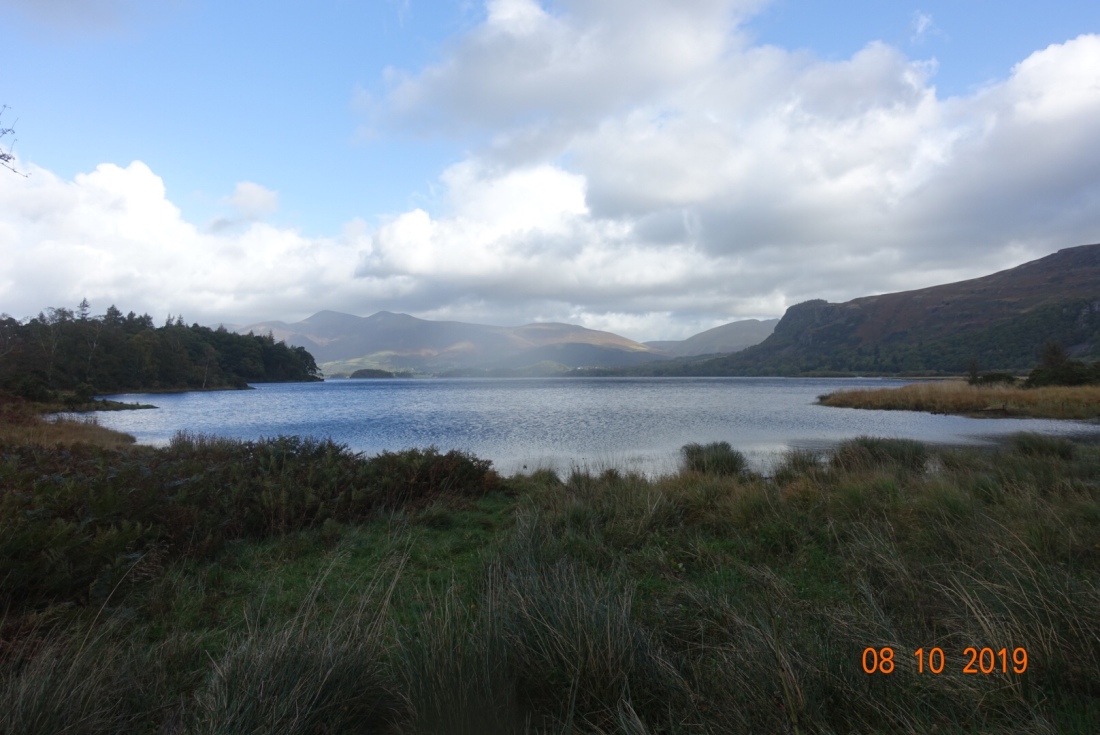 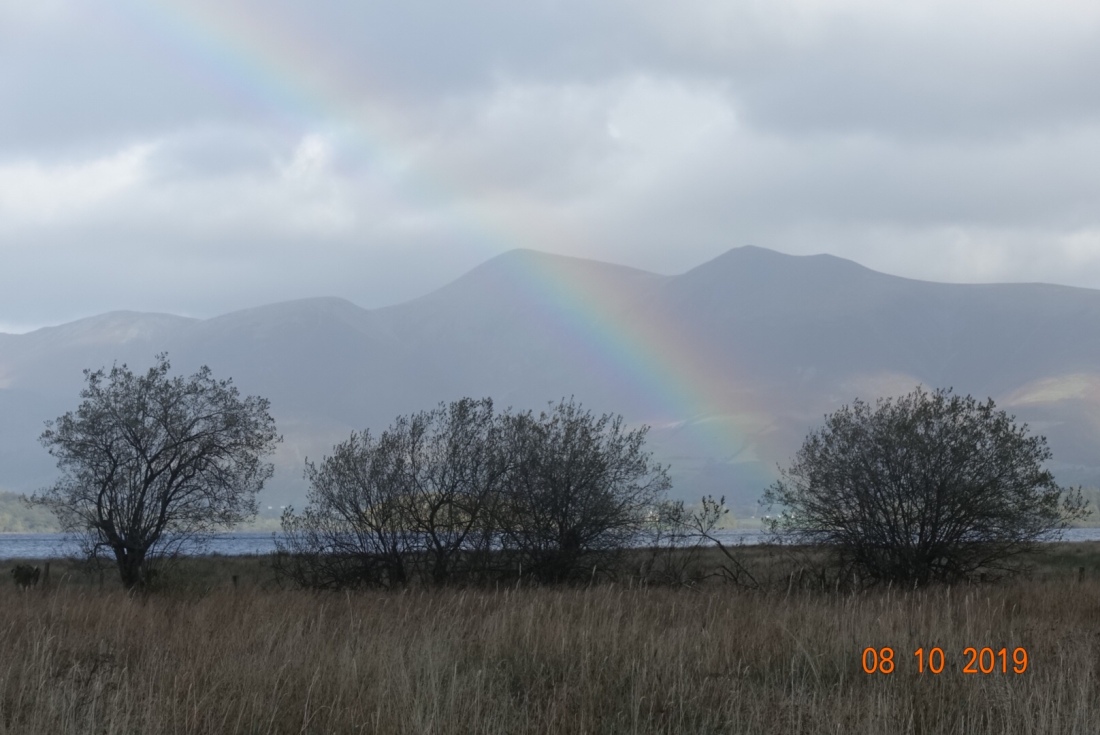 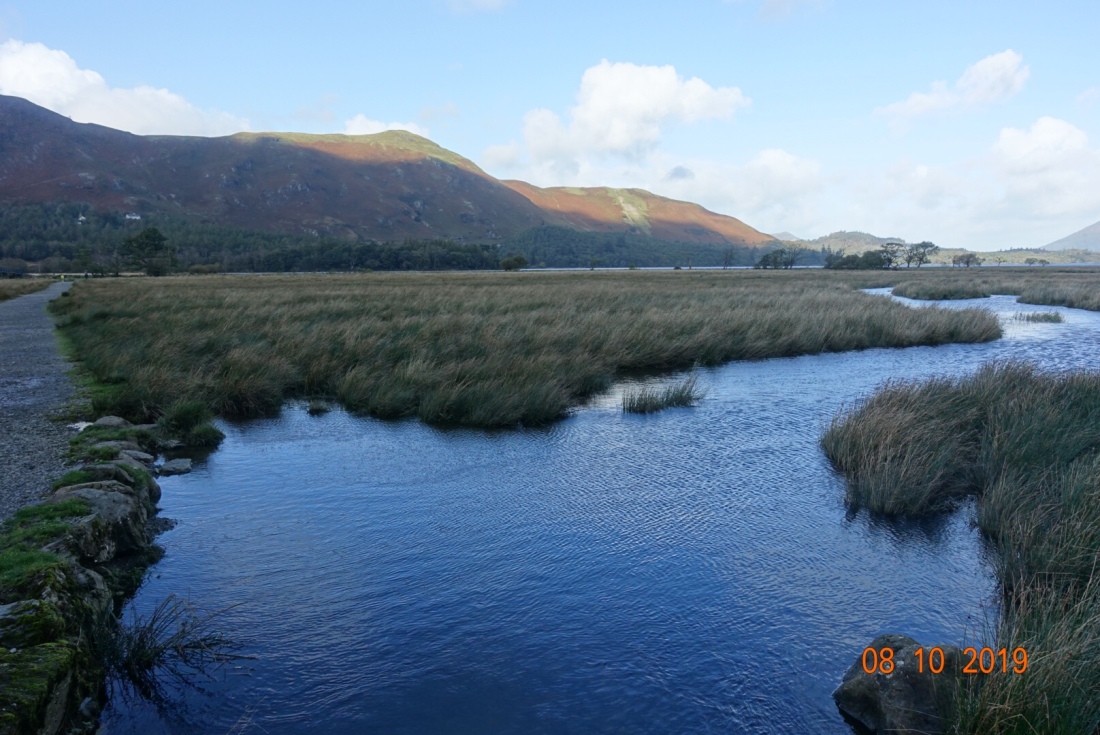 The Lodore Falls are worth a visit, and if you are looking for accommodation in this area the Lodore Falls Hotel is beautiful. In order to reach the falls, you need to walk in a northerly direction to where there is a bend in the road to the left, and the path starts here on the right hand side. I didn’t climb all the way to the top as this wasn’t really on my itinerary. I followed the lake path (which at times would be impenetrable when the waters are high given the proximity to the water) up to and around Calfclose Bay where a lady was desperately trying to hang on to her paintings which the wind was trying to tear away from her. At The Ings the lake path was closed so I had to walk up to the Borrowdale Road and follow that into Keswick.

My lunchstop at the landing stage: 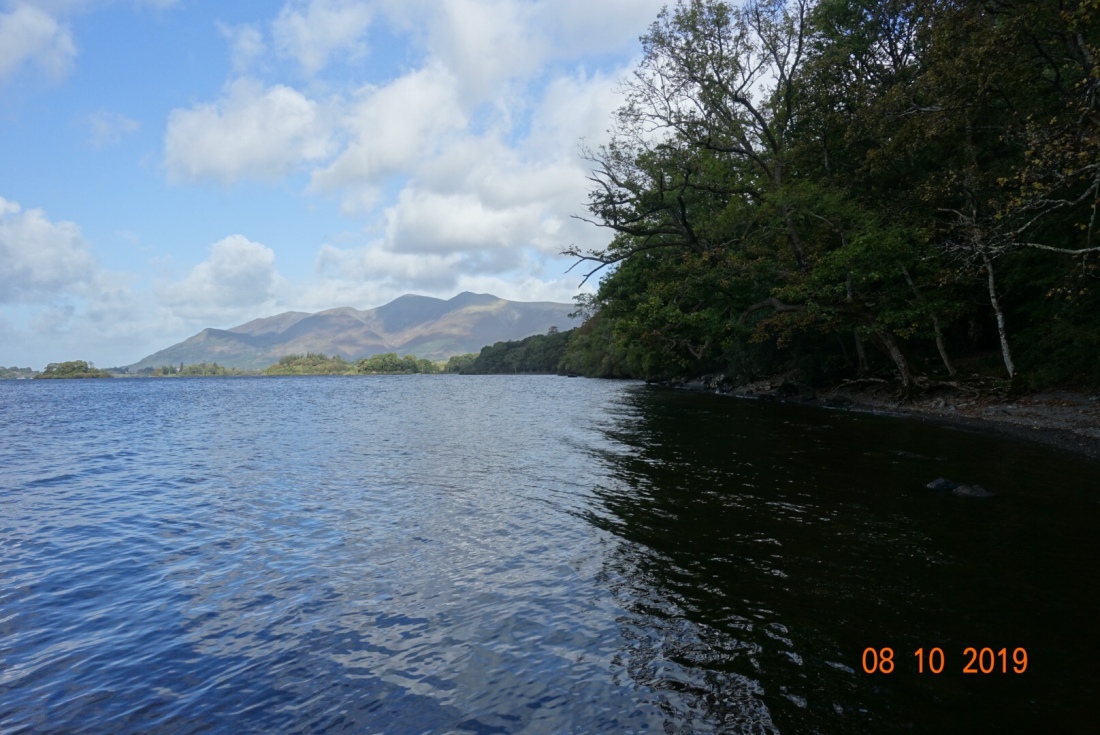 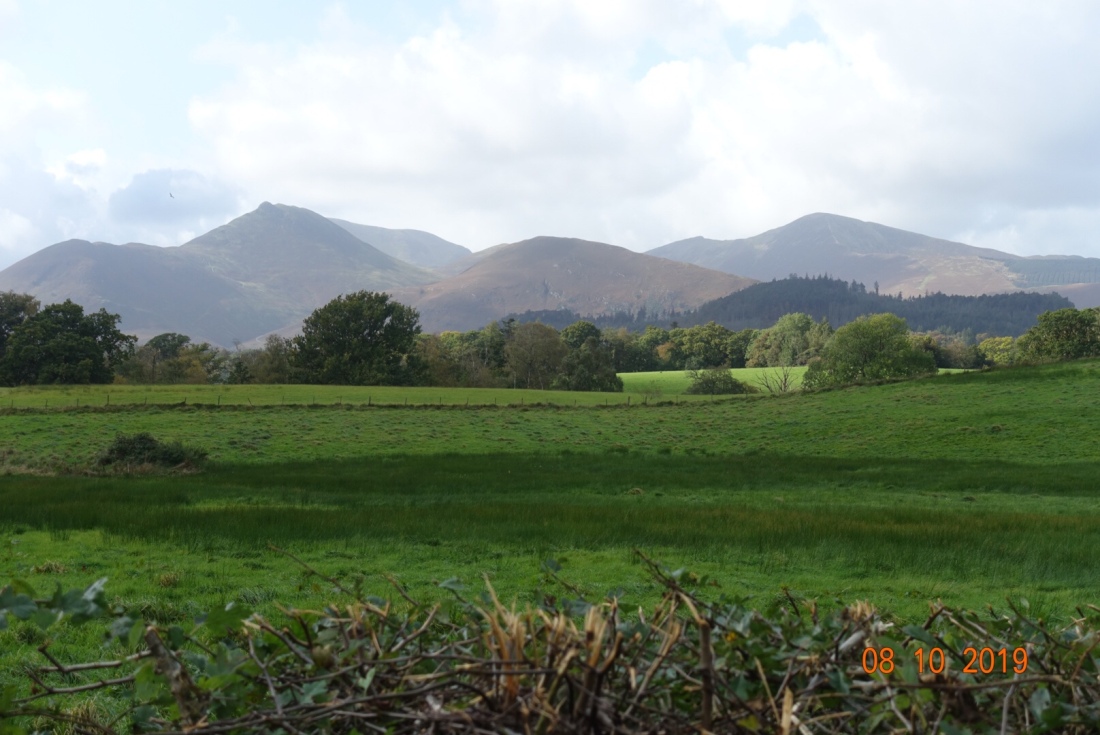 Keswick itself was slightly disappointing, though I may have caught it on a bad day. It seemed unusually scruffy. I called in the Tourist Information to get a map and postcards, then walked through the town to the river and the shortcut back to Portinscale.

The walk ended as it had begun with wildlife, this time sheep being herded into a pen. 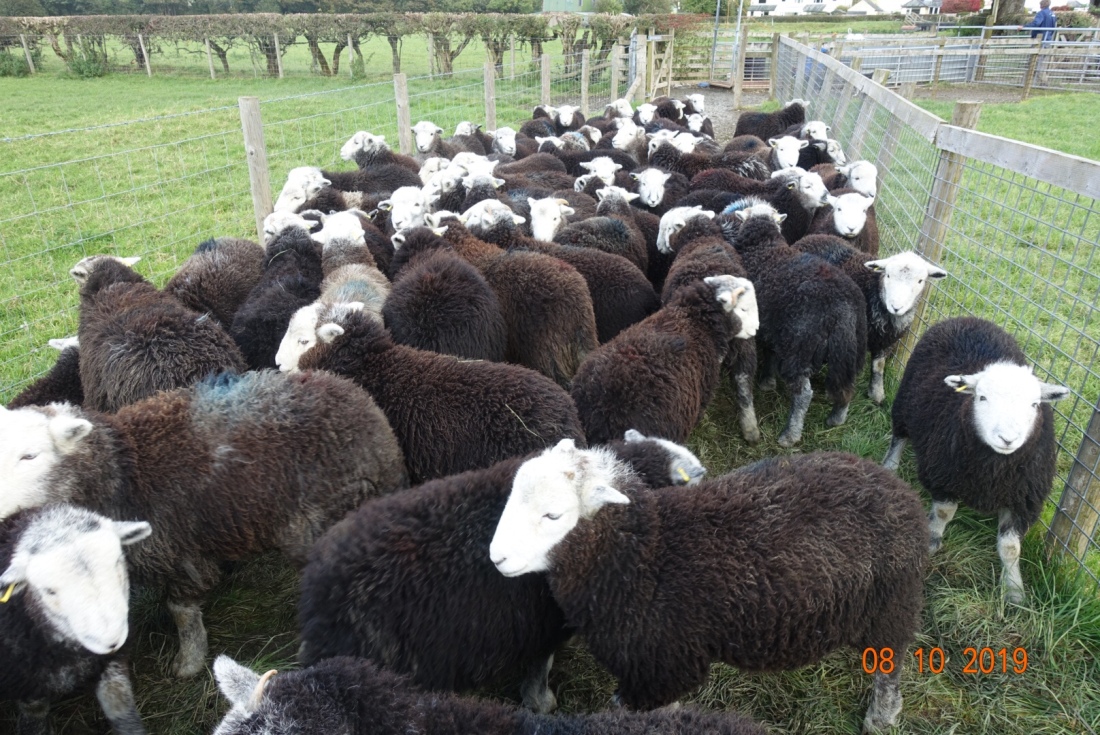 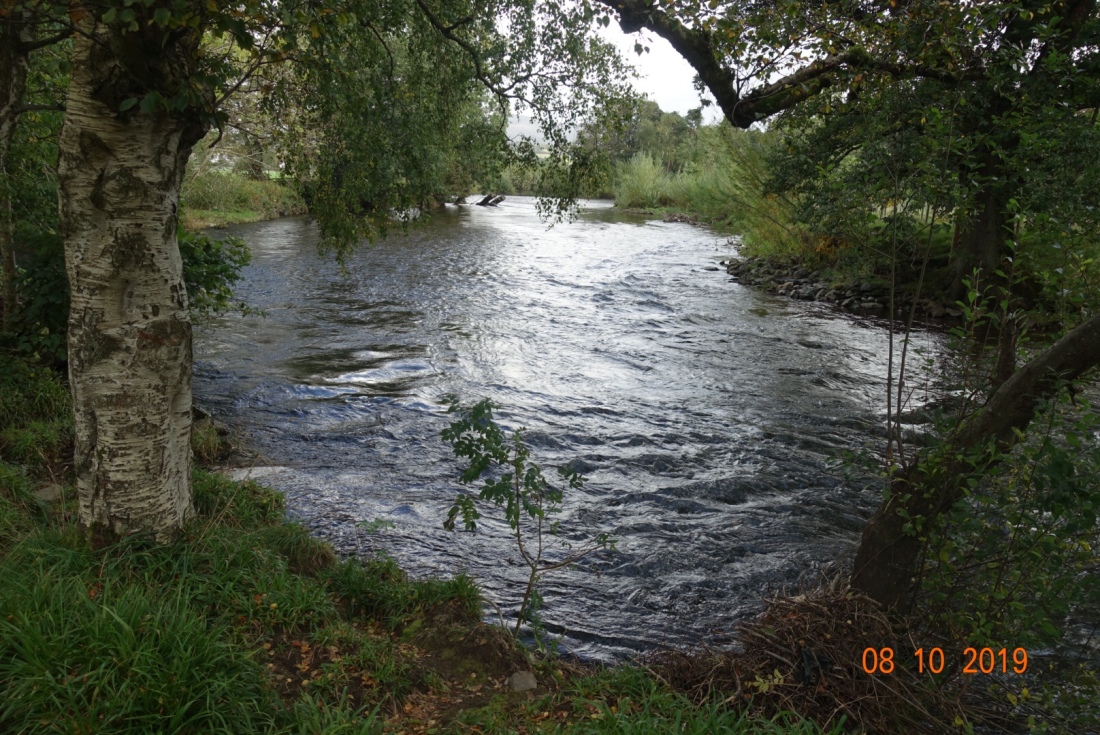